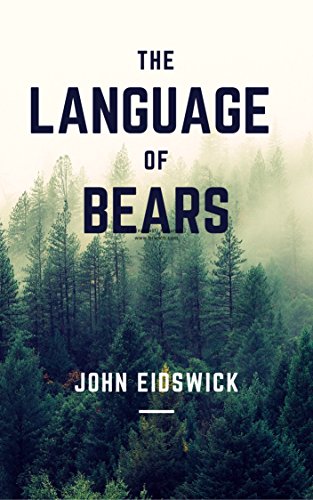 This is the cover of my book as it appears now on the Amazon Kindle store. It didn’t always look like this. Back in 2008, it looked like this:

See the blue and green polyps of unbalanced size, hazily testicular, at the top of the image? The image has symbolic significance in my novel. I sketched it by hand using an app whose name I forget.

The time between the earlier and later covers spans nine drama-filled years. They included the birth of my son, my earning a doctoral degree, the development of a chronic, potentially disabling medical disorder, and the loss of about 65% of my hair. And during those nine years, the novel pretty much just sat within my computer like a Guinae worm ensconced inside my flesh, sucking away, a nagging testament to my utter failure as a novelist.

I had completed the book two years before that, in about 2006. I spent an amazing amount of effort then “querying” literary agents, individuals who act as gatekeepers between authors and publishers. In the modern publishing infrastructure, it is well-nigh impossible to get a book published by any mainstream publishing house without first acquiring an agent to pitch the book for you. To approach an agent, an author must pen a scintillatingly compelling message called a “Query Letter,” following certain fairly strict conventions, which in a few hundred words summarizes the contents of your book and convinces an agent to have a closer look at it. If the agent is interested, she or he (and from here, I’ll use “she” because something like 95% of literary agents are female) can ask for a “partial” (some portion of your book, such as the first few chapters, the first fifty pages, etc.). If the prospective agent’s interest, upon reading the partial, is further triggered, she might then ask for the full manuscript or a “full” (rarely, an agent is so powerfully thunderstruck by your query letter that she will request a full without the intermediating partial). If the agent likes the full and thinks she can sell it to a publisher, she will offer to represent you. And you go on to became rich and famous, right?

The truth is, if you’re looking for a way to debase and humiliate yourself, you couldn’t do much better than searching for a literary agent for your novel. The reason is largely due to the preposterously large number of people trying to sell books. A given agent, who has time to represent, say, ten authors, can receive hundreds of queries every single day. So the odds of getting an agent to choose your book over the thousands of others they get approached with is abysmally small. A set of yearly stats published by one agent broke it down along these lines:

One out of a hundred queries results in a request for a partial.

One out of a thousand queries results in a request for a full.

One out of a hundred fulls results in an offer of representation.

An offer of representation (if accepted, another can of worms) does not mean your book will be published. This one agent put the chances at about 75%.

So, to sum up, a given query has about a one-in-100,000 chance of getting a contract with an agent, and then you have a three out of four chance of actually getting published. THEN, after a couple of years, your book appears and, if it’s the vast vast majority of published books these days, makes almost no money.

So at least you didn’t spend years of your life sweating blood to produce your masterpiece, because you’ll probably get struck by lightning before you get rich and famous off it. SORRY TO BE A BUMMER.

Anyway, I did go the route of querying, and I did query, over the space of about two years, approximately 250 agents. Of these, only about a half even responded. Here is the breakdown of the number of partials and fulls of my beloved manuscript that the remaining 125 agents requested.

So I gave up. And my manuscript, all 500 plus fastidously, lovingly crafted pages of this project I deeply believed in, receded, as noted, like a Guinae worm into my flesh and percolated in my innards for several years while I faced other challenges and experienced other traumas. And there it would have remained, gradually eating away at my will to live, if it hadn’t occurred to me that I could be independent, take the bull by the balls, and publish my novel on this newfangled thing called Amazon Kindle Direct.

You can purchase, if you’ve a hankering to, my novel by following the link below. Reviews are welcome!

NEXT: Banging My Head Against a Stone Wall

3 thoughts on “History as Prologue”