I’ve believed since childhood that the English language was missing a word.

The word is sporacle. By comparison to the thousands of Greek-derived lexical items inhabiting my mother tongue, sporacle has an especially nice ring to it, and seems blessed also with a particular potency for engendering vivid associations. By my thinking, two potential dictionary meanings are ripe for the picking: 1) sporacle (n) a kind of motile thread or filiment, blue-green in color under a microscope, which sprouts, for reasons yet unclear to scientists, from the outer membrane of certain kinds of spoors emitted by a species of mushroom with bright red spots, native to mountain regions of Colorado, that is viciously toxic to humans but has no effect on squirrels, 2) sporacle (n) an especially disgusting category of bacterial skin growth, related to hives, which presents visibly as thousands of corkscrew-shaped protuberances emerging from one’s pores during times of extreme stress, fear, or confusion.

Not a pretty sight. But it (definition 2) captures accurately my biological reaction to the tax information part of Kindle Direct Publishing (KDP) forms, necessary before one can publish one’s novel on the platform.

When you finish entering your name and royalty payment information (you can choose to be paid by check or by direct deposit in a bank but my understanding is that after the end of 2017, direct deposit will be the only option), you are required to enter information about how you will pay taxes. The declension of choices here is simple: taxes paid by U.S. publishers and taxes paid by non-U.S. publishers (in the KDP parlance, each individual uploading a book, even Uncle Melvin with his rambling, homespun record of how he raises chickens for fun, is called a “publisher”) but instantly one wonders if a “non-U.S. publisher” means or includes  “A U.S. citizen living abroad” (which is what I am) or a “non-U.S. citizen, whether living in the U.S. or not” or…something else. The importance of this distinction acquired more moxy when I read, my blood turning to ice, this passage:

Further probing confirmed this by no greater source than YouTube video.

Thirty percent? Are you fucking kidding me?

I sighed loudly and stared at my socks. It seemed very much like, because I had chosen (but! Does one “choose” who one falls in love with? Is it a crime to fall in love with someone from a different culture? A contemplative silence falls over the Cabaret as Joel Grey sets into licking his gorilla) to live in a “foreign country,” that virtually all of the hypothetical profits from my novel would be sucked away, to support the ruthless destruction of Obamacare, to start and continue wars, and to provide aid and comfort to Vladimir Putin,

To some, this would seem a minor bureaucratic annoyance. But to me, it was yet another historic injustice with grim ramifications for what little remained of American Democracy. Thirty percent? Seriously?

Then again, I reflected with dark satisfaction, no one’s really going to buy your book anyway. Thirty percent of zero is still zero. Take that, Putin-suckers.

Upon further reading, I spied what I thought might be a ray of hope. 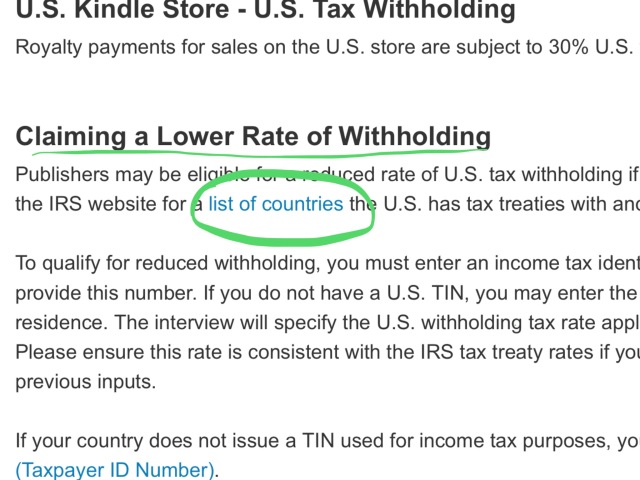 So maybe some Japanese/U.S. agreement would permit me to reduce that 30% tax rate! Surely Japan has some kind of tax treaty with the U.S. I mean, how could it not? But what were the details? Would the tax rate be reduced to 20%? 10% ZERO? Maybe they would pay me taxes.

To confirm the finer points, I followed the links further down the rabbit hole and was taken to this list of countries with tax treaties with the U.S. 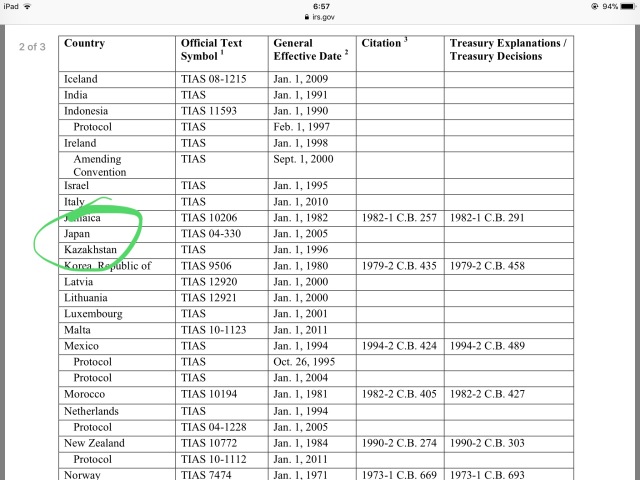 However, the list told me nothing about the details. My skin was starting to itch and writhe from the stress of this process. Hours into it, and I hadn’t even gotten through one of the four big steps described on the KDP website. Would I ever get this book online? Was it better just to give up and toss my novel into a volcano?

I searched around more on the IRS website until I finally found the exact page that showed details of all international tax treaties with the U.S. Greatly relieved, and feeling a flush of new confidence, I clicked on the link. This came up.

My novel The Language of Bears is available on Amazon for the next five days at the low price of .99 cents (sorry, applicable only  in the U.S. and U.K.). Reviews are welcome! I don’t know if you’ll like the book, but I guarantee it’s sporacle-free.

8 thoughts on “A Plague of Sporacles”