One-star Reviews: The Brutal Power of the Star System

After my placing my novel The Language of Bears for sale on Amazon via Kindle Direct Publishing, I soon accumulated a steady stream of positive, even glowing reviews. 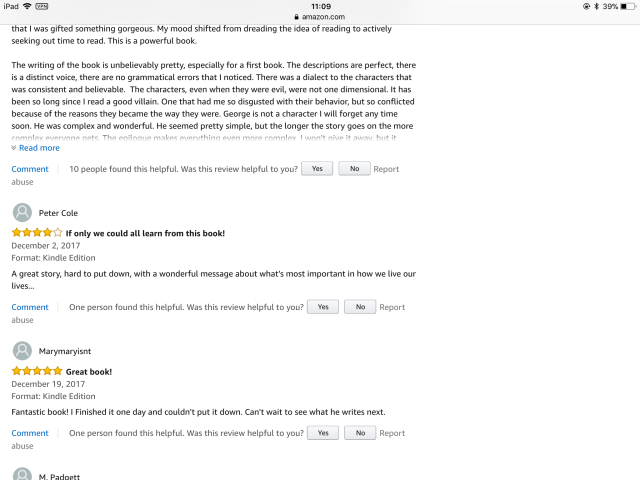 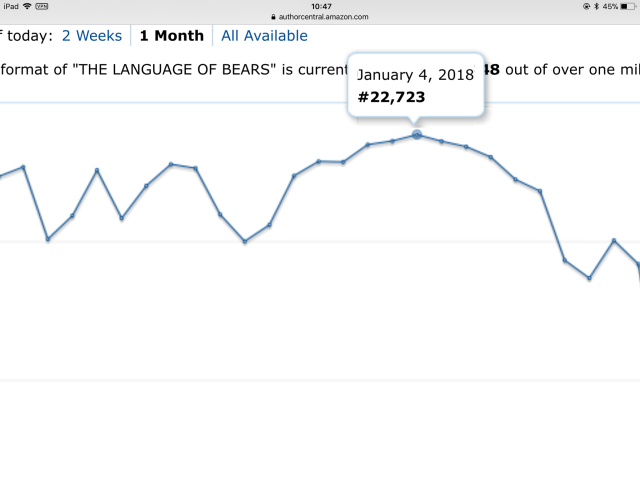 Then, in a short period, the book received two 1-star ratings on Amazon. The first reviewer grumpily stated outright that he hadn’t read the book, and the other suggested the same thing.

This caused the average rating to drop to three stars. Sales plummeted and have remained dead since. 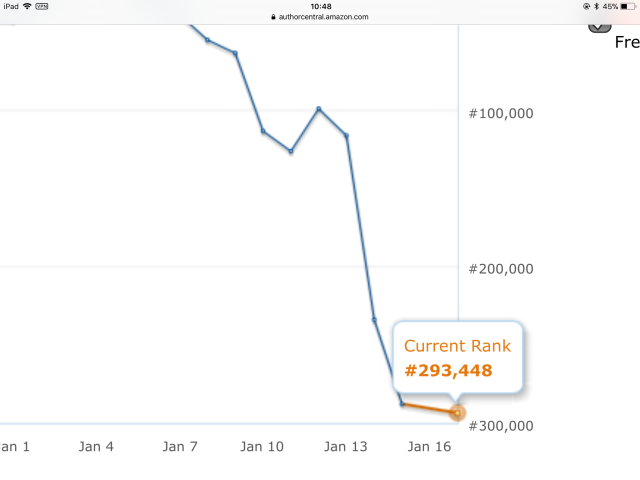 Thus is the power of democracy, and I’m good with that!

It does, however, underscore the importance of targeting one’s book promotions toward audiences who like to read the kinds of books you have written. I gather, from a variety of evidence, that The Language of Bears would be enjoyed much by fans of light-hearted (?) modernist novels like Joseph Heller’s Catch-22, or books in the magical realism genre, like Gabriel Garcia Marquez’s One Hundred Years of Solitude* (or perhaps books with numbers in their titles). But for someone looking for formulaic, marginally-authored, airport-bookrack, attention-span-lite fiction, along the lines of that produced by Dan Brown, my book will produce a response along the lines of “WTF is this? Giant apples? Wha-?”

Such a reader will likely grow molten with rage at having wasted their time on this “intellectual” drivel, slam the book shut (or snap the Kindle off) before having progressed a few pages, and move on droolingly to something else.

And may spitefully leave a 1-star review on Amazon.

P.S. I understand well that the purpose of the review system has nothing whatsoever to do with authors, and I surely don’t want this post to be perceived as kindred to some of the whining, self-pitying displays I’ve occasionally come across on Goodreads, when authors are called out on poor writing, flimsy storylines, etc, and go all to pieces. The review system exists solely to assist prospective buyers of books find ones that are most suitable for purchase and in a way has nothing to do with writers. From my perspective as an author, I appreciate and respect even negative reviews, especially if they express opinions supported by concrete facts, examples, etc.

*this is not to say I am anywhere near as capable as the geniuses who wrote these masterpieces.

22 thoughts on “One-star Reviews: The Brutal Power of the Star System”