The News from Japan!

The news that is now riveting-this is not an exaggeration-the Japanese nation: the daughter of the younger brother of the oldest son of the emperor, “Princess Mako,” has decided to “delay her formal engagement ceremony” until 2020, which might (or might not) be telegraphing that she is in fact deciding against marrying the chap she fell for in university, a short-in-stature “commoner” who appears to embace fashion signals from 1980s Hugh Grant and whose rumored financial problems are now the subject of many frothy, breathless accounts in tabloids.

MORE: The back story is that the fellow’s father died, which left his mother later in a condition that required she borrow a large sum of money from her boyfriend, which, when called upon later by him to repay, she insisted was not a loan but a gift, which has led to something of a legal scandal. Although Princess Mako will be forced out of royalty-hood for her marriage to a non-royal, she will still bring to the marriage a mountain of cash as a dowry. People across the land are saying uncharitable things about the young man’s intentions. Such as: could it be the lad is less interested in her finely buffed imperial skin and more interested in bailing his mother out of trouble? 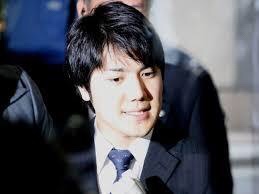 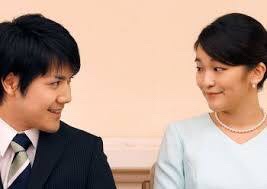