Sorry, don’t know what that headline means but right now both my novels are on sale for a pathetically low price of 99 cents. This is an historic sale, by the way, because it is happening in history and it is a sale.

The Rabbit Skinners: This mystery-suspense novel concerns nearly superhuman FBI Agent James Strait, who suffers a catastrophic fall from grace when he develops a rare medical condition that causes dizzy spells. Forced into disability, he returns to his small Arizona hometown, where a little girl asks him to use his skills to find her missing friend. Readers Favorite described The Rabbit Skinners in this way:

The Rabbit Skinners by John Eidswick is fully comparable and sometimes superior to any Jack Reacher or Lucas Davenport novel on the market. Such comparison is meant to convey just how good this book is. Besides the meticulously satisfying plot, this deftly-paced mystery thriller checks every box included in the mythical Writer’s Guide to Writing. Namely, dialogue is pitched so finely tuned that one actually hears the characters speaking; these characters themselves are so well sketched, one thinks he must have met them somewhere before; and the myriad tiny details necessary to establish place are so lavishly but unobtrusively sprinkled throughout that one feels (and hears, and smells) himself to be fully there in person. And all of this precision writing skill is devoted to telling a marvelously plotted story about a 9-year-old missing girl…a truly exciting and highly enjoyable read.

The Language of Bears: Strange, seriocomic “historical fantasy” about, in summary, the birth and death of America. Astute readers who enjoyed Gabriel Garcia Marquez’s One Hundred Years of Solitude will likely find this book worth a read. Kirkus Reviews called it “a smart, literate, odd, and skillfully written tour de force.” 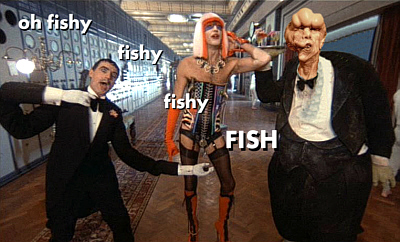 **My regrets, but this offer is only available to denizens of the United States. I would like to offer this sort of sale others, but at present, Amazon only permits Kindle countdowns in this limited fashion.