Is it not symbolically appropriate that, on the day of Donald “climate change is a Chinese hoax” Trump’s visit to Japan, which featured fawning depictions in the news media (one commentator enthused proudly that Japan is the only country where anti-Trump protests don’t happen during his visits), golf buddy selfies by 45 and Prime Minister Abe, and a standing ovation at a sumo match, the temperature reached 39.5 C., which is almost the highest temperature ever recorded in Japan, although this is nowhere near the hottest time of year and it occurred in Hokkaido, normally the coldest region of the country? News outlets depicted THAT phenomenon as an interesting novelty and showed people giggling and saying “atsui desu ne?” while enjoying unseasonable ice cream and taking selfies in front of the big thermometer at a Hokkaido train station (the words on the photo say “system down” because the temperature was close to passing the highest the display could show). 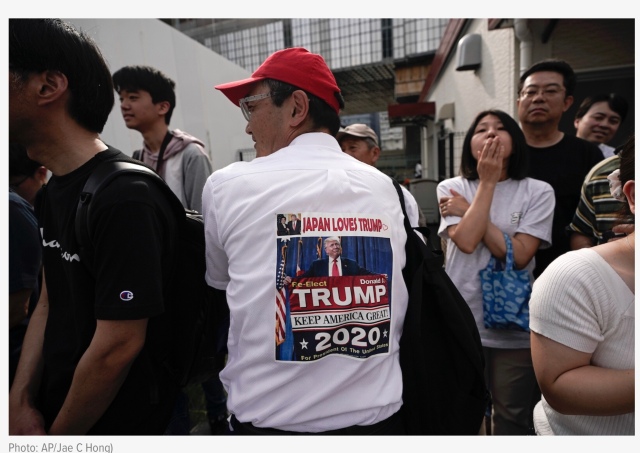